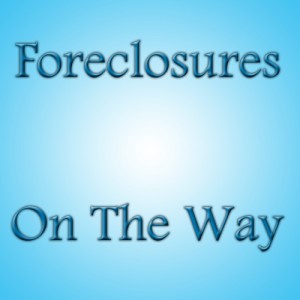 Foreclosures have plagued the United States for the past few years and it seems that trend is set to continue.  Now even though the amount of foreclosures dropped 19% in January and another 8% in February, it’s expected that a massive increase in foreclosures is on the way.  Experts warn that the massive $26 billion settlement between five of the largest banks in the country will cause a major ripple when it comes to foreclosures and how they are inherently handled.

Initially there were those that viewed this major settlement as a good thing but it seems as time progresses, more and more homeowners are beginning to oppose this deal.  The major debate is that the banks are discussing a finalized way that they will ALL abide by when foreclosing on a home.  It is expected that the new foreclosure process they introduce will be much faster than any current process in pace allowing banks to steam roll through properties faster than ever before.

There are many homeowners out there who have been battling banks over the foreclosure of their homes for months and even years but with a new process, foreclosure is inevitable within the near future.  Now it’s not all-dark and gloomy news for homeowners that face potential foreclosure.  As there are several mortgage refinance programs out there that allow you to take advantage of today’s low mortgage rates.  All you need to do is take the fist step to improving your situation.  If you’re a Michigan homeowner looking to save a pretty penny by refinancing your mortgage, then call Riverbank Finance at 1-800-555-2098.