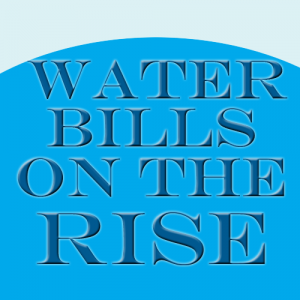 What are the sheer necessities of life?  Many would consider them to only be food, water and shelter.  Unfortunately though, the price of water will be drastically increasing in the near future.  Why would the most abundant and important resource on the planet drastically increase in price though?  At first I had imagined that prices were rising due to a limited-freshwater supply. Well that couldn’t be further from the truth.  It actually has to do with the United States’ infrastructure.

Take a look at the vast majority of bridges, highways, roads, sewers and water systems within the country, just about all of them date back many decades.  The American Water Works Association estimated it would cost upwards of $1 trillion to completely revamp and expand our current drinking water system from now until 2035.

The main reasons we have to expand is because, one, our water systems are decades old at this point and are becoming increasingly unreliable.  Secondly, with the world population rapidly growing, we have to revamp our entire system in order to handle how fast we are expanding throughout the globe.

It’s absolutely necessary that we improve our water system but it will come at a cost.  Currently, the average American household pays $335 per-year in water bills.  The expectation is that homes located within or at least near bigger cities throughout the nation will NOT see a major jump in their water bills.  The reason behind this is that most cities do work annually on their water systems and some cities have already adapted to larger populations.

The main focus of restructuring our water infrastructure will be out in rural areas.  These areas often lack proper water systems and the groundwork is being laid out as we continue to expand our suburbs outwards.  Rural homeowners, including Michigan homeowners, can expect to see an increase in their annual water bills anywhere from $300 to $550.

With potential bill payments reaching those numbers, it would be smart to save as much money as you can now on your monthly payments. First start with the big ones, what’s the one payment most homeowners spend a boatload on?  That would be their mortgage.  Luckily we’re here to help though as Riverbank Finance specializes in mortgage refinancing in Michigan.  So give our certified loan-officers a call today at 1-800-555-2098 to begin your refinancing.