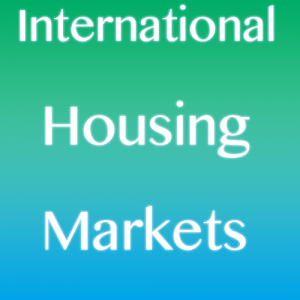 One thing you never really think about are other housing markets.  By this I mean markets located throughout the world.  For the longest time the only market on everyone’s radar was of course the housing market in the United States.  As time progresses though, we begin to see news of other markets come to the light.  All of which heavily reflect the U.S. housing market as things change.

Truthfully you would be surprised how much we reflect other countries.  Remember the massive bank bailout we conducted?  Not long after Greece followed the same line of action, as it wasn’t just our banks that failed.  It was a global event that occurred.  As our housing market steadily declined, so did that of nations throughout the European Union.  Even our neighbor to the north, Canada, has begun to encounter their fair share of housing market problems.

There are some places real estate has been thriving though that I’m sure you couldn’t imagine.  Just look at the Middle East, specifically Saudi Arabia where fortune holders continue to gather.  Sure the majority of the people in this region receive their wealth from being oil tycoons and are considered to be of “royal blood.”  Nonetheless, there are a few neighborhoods you can find real estate belonging to some of the richest people on the planet.

If there were any housing market that could be considered the strongest on the planet, it would be China’s.  As the Chinese economy began to boom over the past decade, their housing market seemingly exploded beyond belief with prices unprecedented by any market in recent history.  Though yes their market is beginning to slow down, it’s not expected to crash like that of the United States once did.

With the world being so interconnected more than ever, it’s wise to stay informed about world markets as they can now have an effect on one another.  Be sure to stay posted to our blog as world news develops about expanding markets like that of China’s.  Of course if you have any questions about the local housing market in Michigan whether it’s for mortgages or land loans, we can connect you with our loan officers.  Simply call 1-800-555-2098 or fill out the email form below.