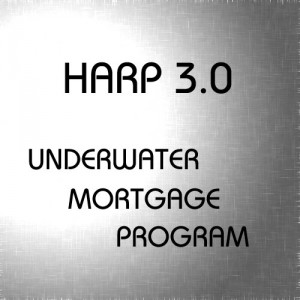 The Home Affordable Refinance Program or HARP has been utilized by many homeowners who were underwater on their mortgage. It allowed them to refinance their home regardless of the loan-to-value (LTV) ratio in most circumstances. Recently, two U.S.Senators reintroduced a bill that would extend the guidelines and reduce fees even more. The new bill was named The Responsible Homeowner Refinancing Act (RHRA) and just like the HARP loan, it is for homeowners who have a mortgage owned by Freddie Mac or Fannie Mae.

Senators Robert Menendez (D-NJ) and Barbara Boxer (D-CA) sponsored the new version after it was originally introduced on May 10, 2012. It was not accepted and eventually fizzled out according the THOMAS Library of Congress website.

“Passing this bill will get rid of the red tape that leaves millions of borrowers trapped in higher interest loans, puts money back into the pockets of middle class families, and strengthens our economy. I’m asking Republicans to join us in putting families first” says Senator Menendez.

Boxer also stated, “This bill is a win-win-win: homeowners will have more money in their pockets, Fannie and Freddie will see fewer foreclosures, and the housing market and economy will be strengthened. That’s why the Menendez-Boxer bill has such broad support from industry and consumer groups.”

Eligibility to be able to utilize the benefits of the new bill include being current on their existing home loan through Freddie Mac or Fannie Mae. The bill would allow them to be able to do the following:

While the effects of this bill are not yet available it is expected to be announced in the near future. If you are underwater on your mortgage or owe more than your house is worth the keep checking back for further updates and announcements regarding this bill and other HARP 3.0 announcements.  Sign up for our Newsletter Below to get instant updates regarding HARP 3 and other mortgage updates or request information below. HNA3F76EBT7C