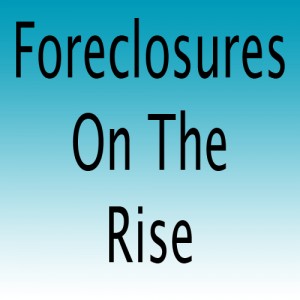 “Up, down and around we go. Where we stop, nobody knows!” Those are the exact thoughts so many American homeowners are experiencing right now. We are given reports and surveys from national agencies stating there is “hope on the horizon” for the housing market but yet what the latest report states would contradict that there is “hope on the horizon.” Industry group RealtyTrac reported that foreclosures spiked in May compared to those filed in April.

Just how many foreclosures are we talking about though? Well RealtyTrac states the foreclosure rate climbed an additional 9% from April to May of this year. That means 205,990 homeowners had to go through the painful act of losing their home. Their report also shows that bank repossessions climbed up 7% 54,844. This definitely does not seem like good news after April saw the record low amount of bank repossessions in four straight years.

Experts that have been closely watching the market don’t seem all that surprised though as they expected foreclosures to rise once the $26 billion bank settlement was reached and completely finalized. There are even further indications that we’re on for a rough ride over the coming months. May saw a 12% jump in foreclosure-starts meaning more homeowners are beginning the process of foreclosure proving that the Summer may not be the greatest time to be a homeowner.

It’s not all dark and gloomy though as there is a lot of help available to those homeowners that are currently struggling with the thought of foreclosure. Mortgage refinance programs have been popping up rapidly such as the FHA Streamline Refinance and HARP. Best of all, that’s what we specialize in here within the state of Michigan. So if you’re interested in learning more about refinancing your mortgage and saving your home then feel free to give one of our licensed loan officers a call at 1-800-555-2098.